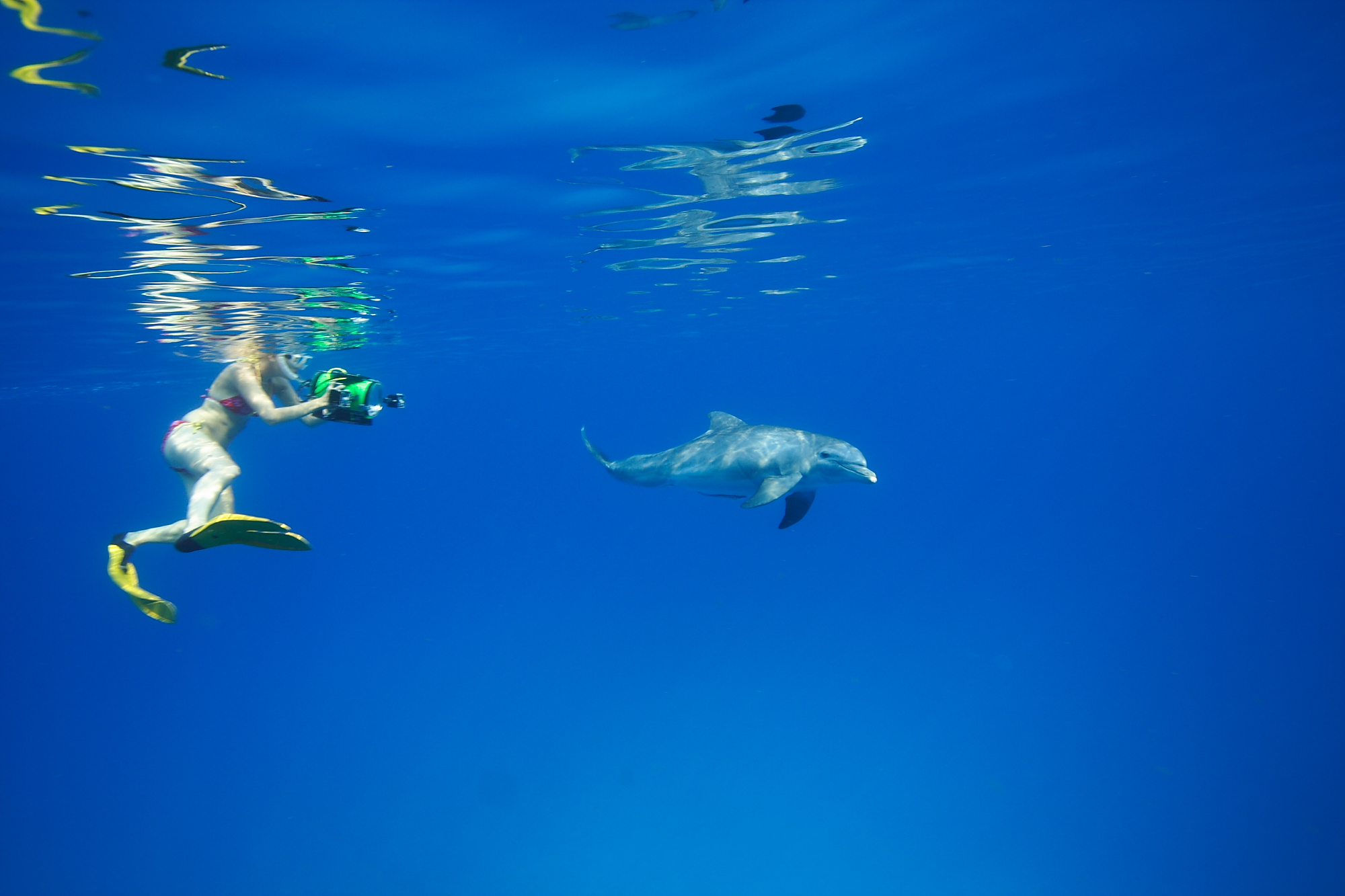 Kel has been a part of the DCP team since 2003. Born and raised in Connecticut, USA, she graduated from Connecticut College in 2004 after having spent semesters in Australia and Scotland. Always interested in the marine environment, she joined DCP as an undergraduate intern in the summer 2003, which allowed her to combine this interest with her love of traveling and experiencing new cultures. The Bimini field site quickly became her second home. Kel continued DCP’s research there as a graduate student at Alaska Pacific University (APU) and served as DCP’s Bimini Research Manager. She remains interested in the interactions between the Atlantic spotted and bottlenose dolphins off Bimini. This was the topic for a poster presentation at the Biennial Conference on the Biology of Marine Mammals in December 2007 and was published in 2009 (see “Publications” section under the Research Hub for a downloadable PDF). Kel completed the APU Master’s program in April 2008. Through September 2022, Kel enjoyed leading DCP’s research and education programs.  Directing DCP’s field courses and supervising DCP’s summer interns on Bimini were two of her favorite parts of this gig! She continues to live on Bimini full-time, publish from DCP’s data archive, and now serves as DCP’s Outreach Manager. She’s also made several media appearances, including for BBC and NOVA/PBS, Wild Kratts, Discovery (Shark Week), and more.

Watch an (old!) video of Kelly discussing her research

{flv}kelly{/flv} Oops! This link is broken! We’ll try to get it back.