The under visibility this morning was terrible! It was better than the afternoon, but Kathleen could only see dolphins within 1-2 meters distance. Still, there was play with the tiny pufferfishes; those fish seem to be very enriching to the dolphins this week! It was Bailey’s turn, along with Elli, to mouth-play with the fish!

Also, while Sandy focused on Kathleen’s fins, Bailey and Ronnie showed great interest in Sandy’s remora … it almost looked like they might have tried to remove it! Alas, Sandy still has her “pet.” 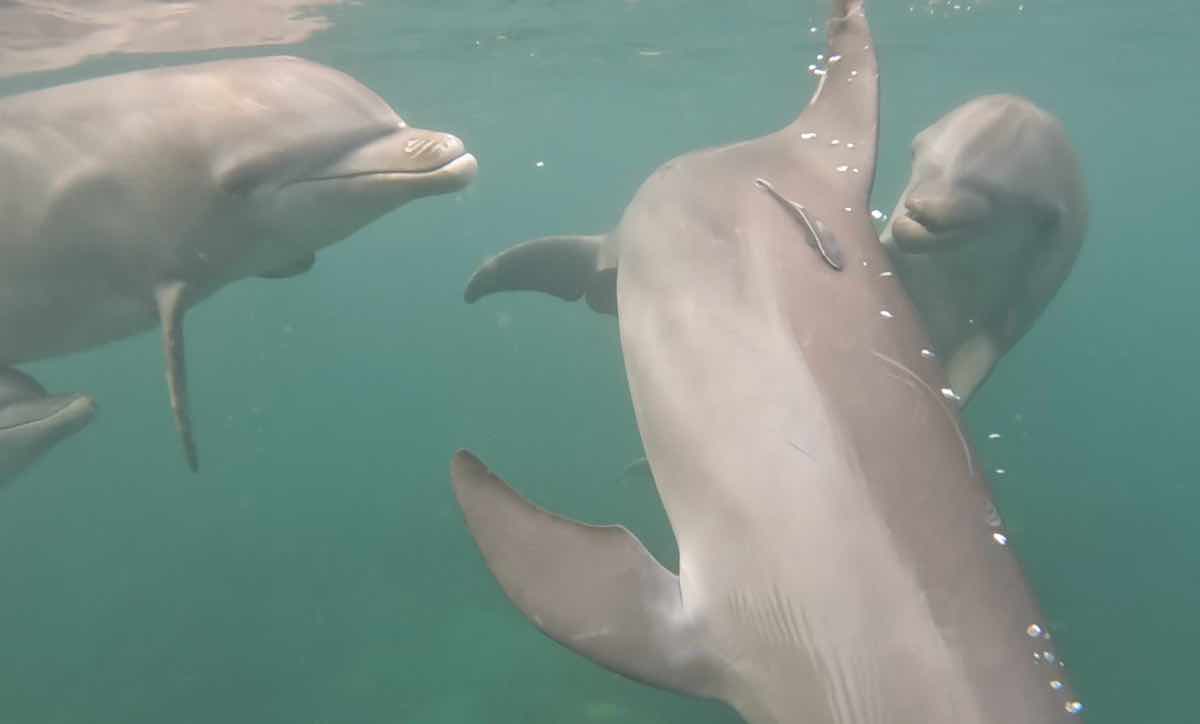 Our after-data morning was spent in two dives/snorkels – i.e., Kathleen, John, and Bill dove and Manon snorkeled. We helped Jennifer with cleaning of the coral trees. We each got about 3 trees cleaned in an hour and then went to our second spot, White Hole, where Jennifer planted 6-7 coral pieces on the reef. This was part of the coral restoration program. You can see the trees and then the planting below. 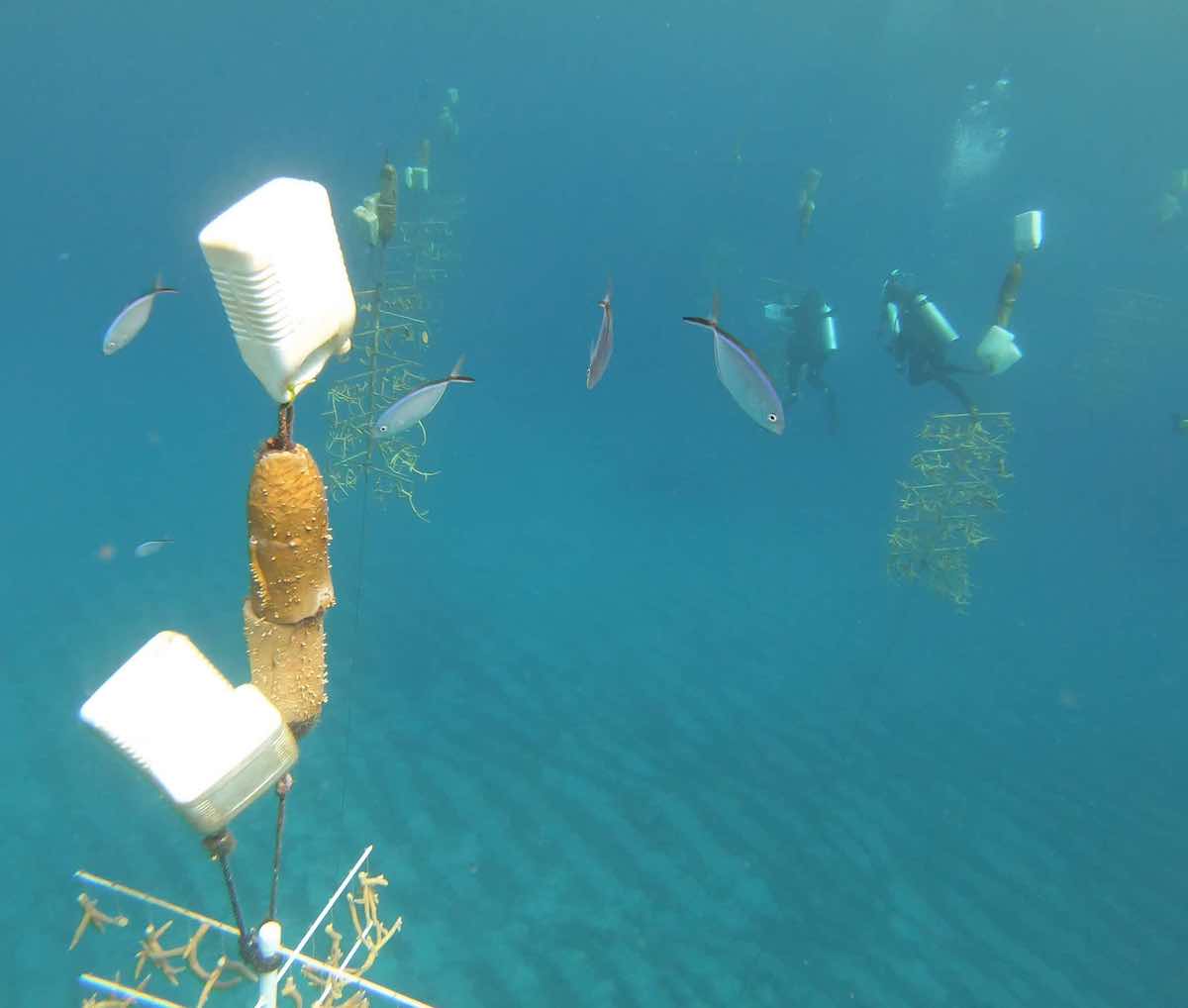 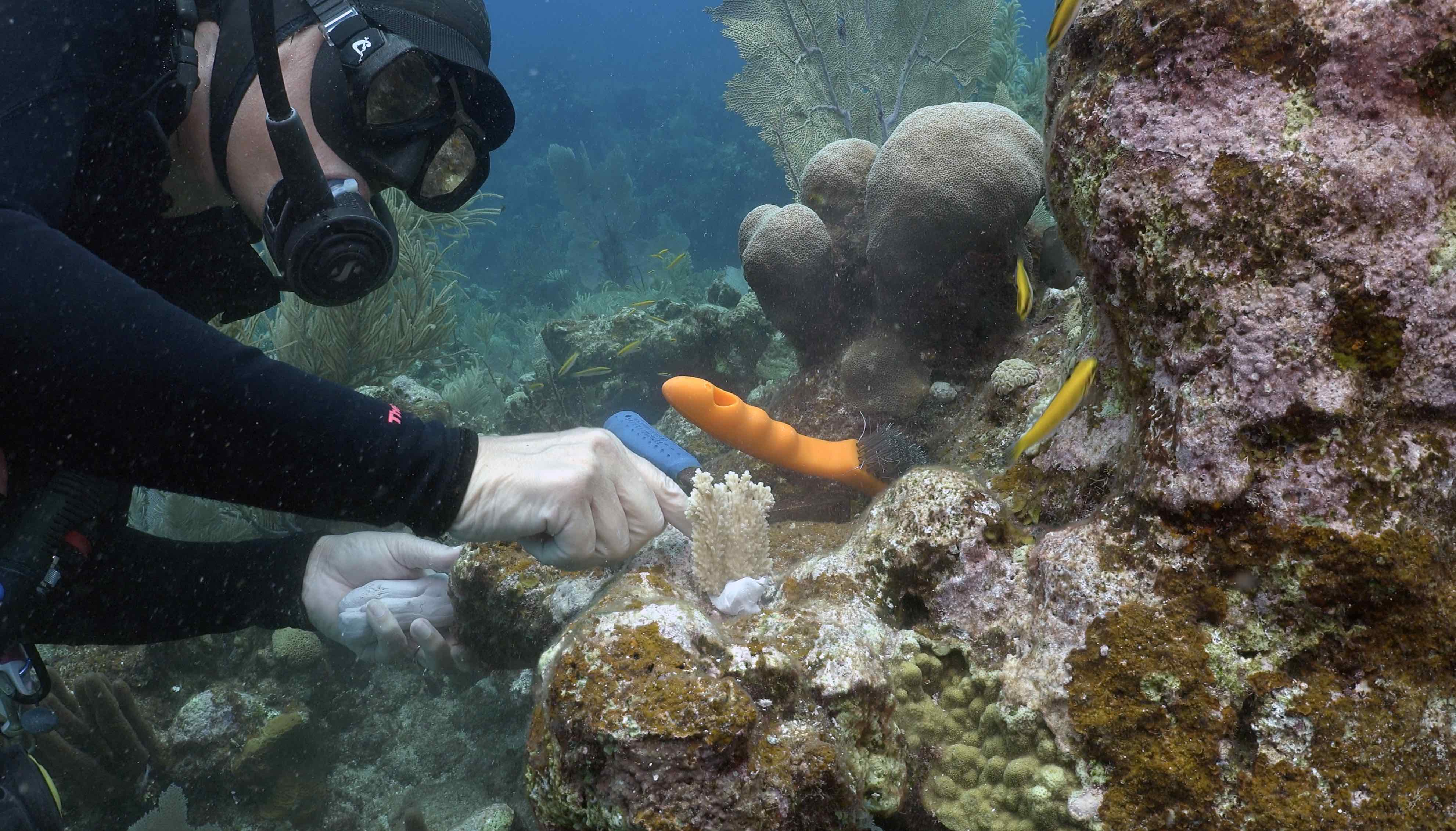 The afternoon brought another dolphin swim in terrible conditions … i.e., Manon could not see the tip of her fins in the water! Still, Sandy was playful and several other dolphins did close passes to Manon. With so much time in the water today, we relished a tad bit of hammock time as the wind picked up.

Tomorrow is our last morning of underwater video data collection of dolphin behavior. Let’s hope the visibility improves from this morning and afternoon!