Our morning data collection session started promptly at 6:30 AM. On our way to Bailey’s Key, we saw a vivid rainbow that was full and went from one side of the key to the other – and it began mostly in the red colors! A great way to start the day! 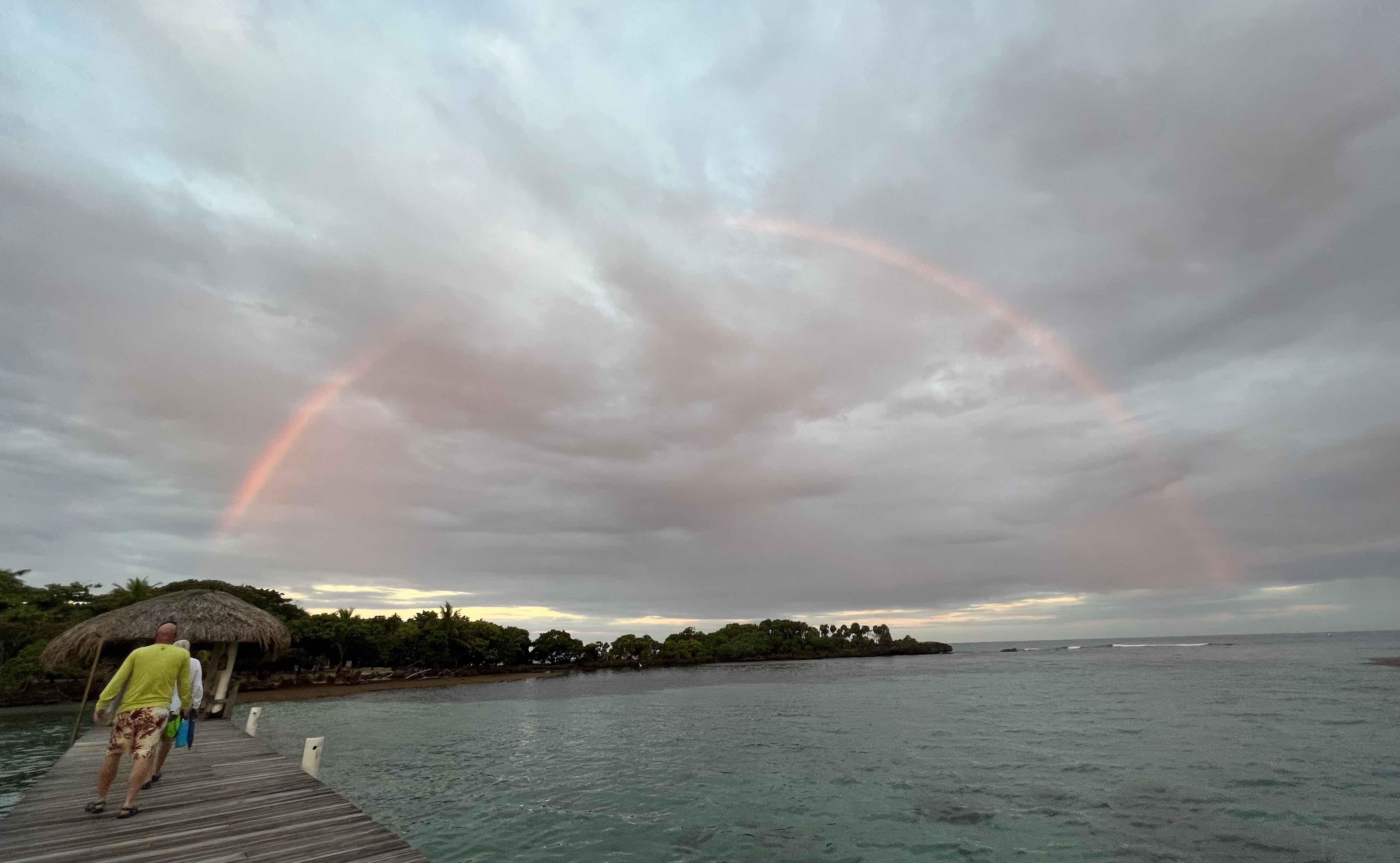 Ronnie was first to greet Kathleen on entry followed soon by Tilly and Sandy. The visibility was good and the dolphins were social with each other. Poli had Gracie’s calf and even Sandy stayed with Poli and Gracie’s calf for a bit of time. When not swimming with Rocky (as seen in the cover photo), Maury did a few breaches, one of which was a side breach during which she completely cleared the water in a horizontal position! Bailey entered the jump competition with three side breaches! There was lots of activity this morning from the dolphins.

After breakfast, Manon jumped on the snorkel boat for a double snorkel morning and Don and Ron prepared for the late morning coral “Christmas tree” cleaning dive. The coral cleaning dive departed just as Manon’s snorkel boat returned. The snorkels were EXCELLENT! Here’s Manon’s list of sighted critters: two big trunk fish, two big French angel fish (hurray!), a queen angel fish, 6 puffer fish (!), a nurse shark, a sting ray, an eagle ray (who posed for Manon and Kino!), and lots of tiny fish (one of whom decided to play with Manon’s camera!). And, then between the snorkel sites, DOLPHINS decided to ride the bow of the boat – about 6 of them. It was a joyous sight! 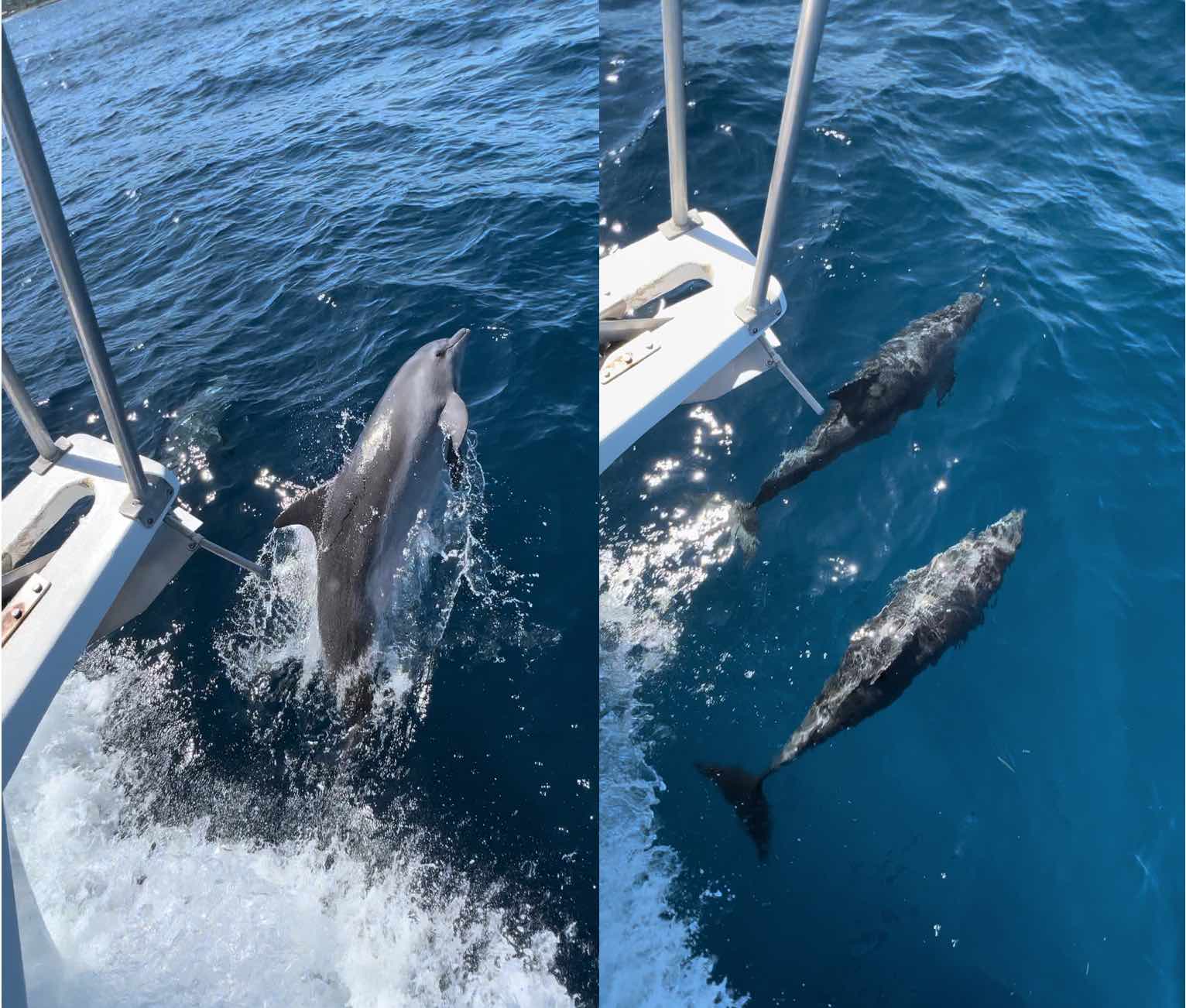 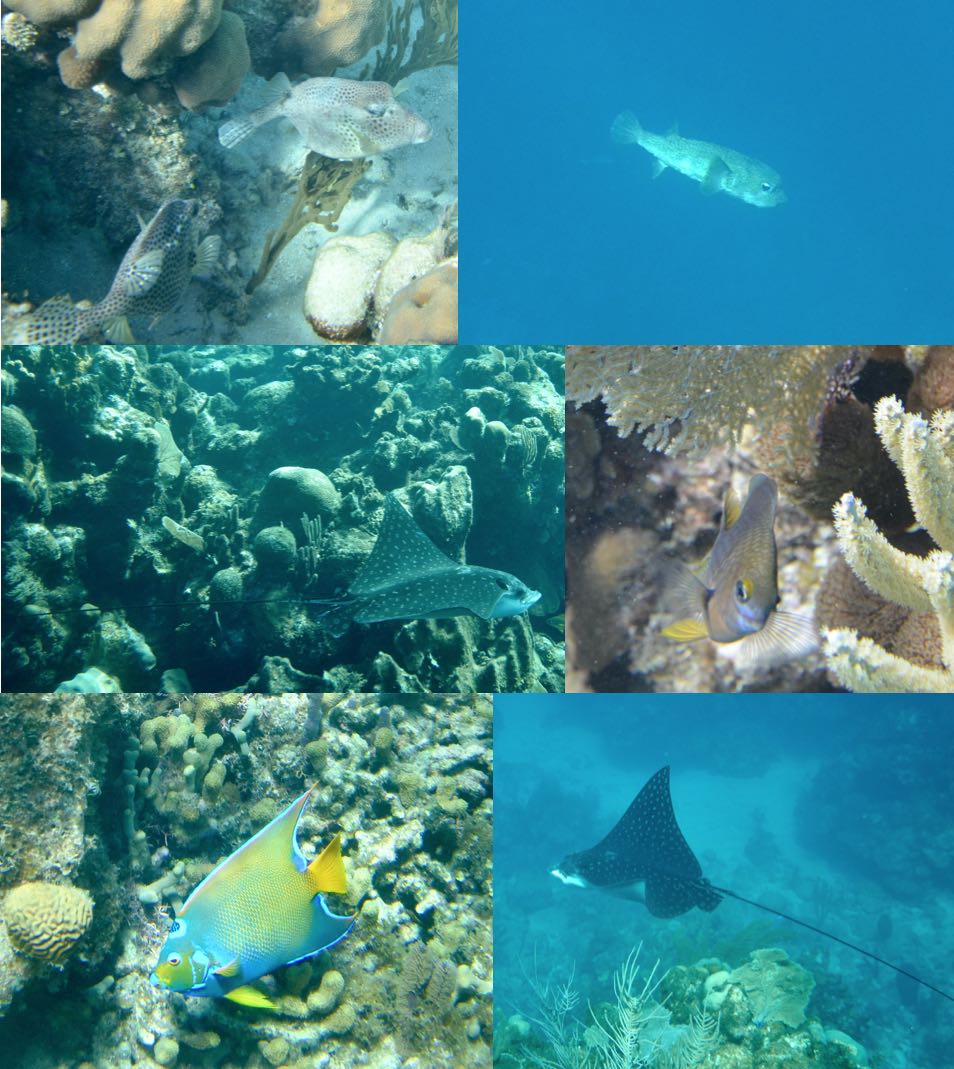 The coral cleaning went well – it began with good visibility and ended with not-so-good visibility. But, that was the point. I.e., they did a great job cleaning debris and growth off the PVC tubing and lines holding the Staghorn and Elkhorn coral pieces. No photos here!

The afternoon saw us splitting up with Don doing a dive, Ron rinsing gear, Manon reviewing her photos (see a sampling of photos below), and Kathleen reviewing footage and reading.

Tomorrow is our last morning data collection session followed by rinsing and cleaning gear in prep for our scheduled returns home on Saturday.