We had a very busy day! It began with an early morning observation session and included a second morning session about 1.5 hours later. During the first session, the dolphins were again silent except for echolocation clicks that seemed to be “whispered” at me when I was in the northeast corner of the lagoon area (near the water taxi arrival area). The dolphins were very focused on “something” (what we don’t know) off the reef to the north of Bailey’s and Anthony’s Keys. As with yesterday, all the mom/calf pairs were together and Poli spent some time with Maury and Rocky (shown). French, Stan, and Lenca were enamored of my fins!

The second session had a smaller group because Ronnie, Ritchie, Champ, Lenca, and Stan were in the back area engaged in some husbandry training sessions. Calli and Poli were doing a practice boat follow for offshore dive practice. So, our second session included primarily the mom/calf pairs and French. It was a calm session with some of the trainers also cleaning the sides 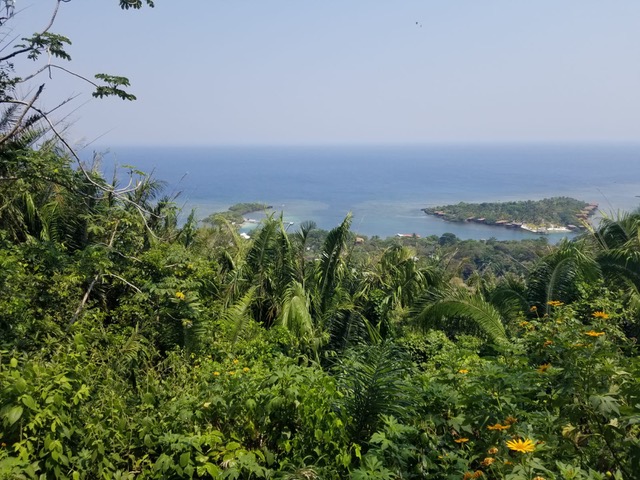 of one of the covered platforms of algae growth.

The afternoon brought two sessions for data collection with our create study – with Maury, Bailey, Poli, Tilly, Callie and Gracie in individual sessions. They’ve come a long way from two years ago and regularly show their personalities with the number of new behaviors they present.

It was a very good day! Ron and Bill also had a couple of great boat dives with tarpon seen for their first time! They also saw some turtles and spotted eagle rays and got to swim along with a current on one of the drift dives. Heather and Melissa hiked to the top of a nearby botanical garden mountain. It gave them an aerial view of Anthony’s Key; however, they could not see me waiving from Bailey’s Key as their view was blocked by a palm tree! Rachel assisted with data collection and had lots of fun watching the dolphins play with each other and with some of the floating seed pods.

P.S. Bill’s feline friend, Polly, greeted him yesterday. Bill brought kitty treats with him and now Polly visits us each AM and PM! 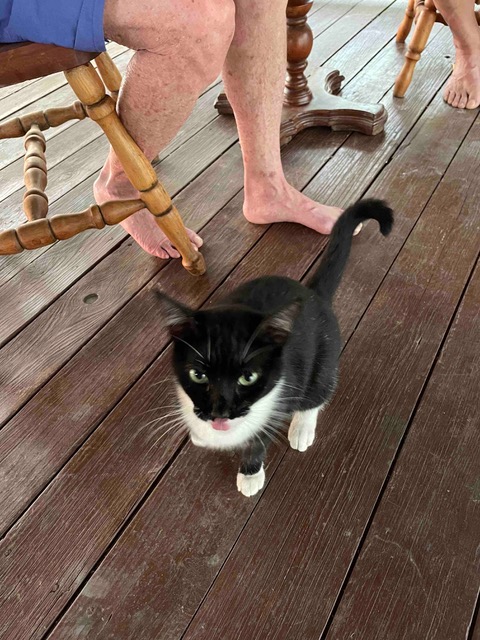