The Zoo opened in 1935 and was well received with more than 300,000 visitors in it’s first year. Though severely bombed during WWII, the zoo survived and rebuilt. Seals and penguins were brought to the zoo in 1958. The dolphinarium was opened in 1965, with four bottlenose dolphins. The zoo welcomed its first beluga a year later.

Dudzinski spent several hours observing this group of dolphins from both the in-water, underwater view and via the underwater viewing ports/windows. The younger dolphins were rambunctious and curious!

Check out DCP’s publications page for the article published in December 2013 about our study comparing pectoral fin contact between individual dolphins at Zoo Duisburg with our studies of the dolphins around Bimini, The Bahamas, at Mikura Island, Japan and in Roatan, Honduras. 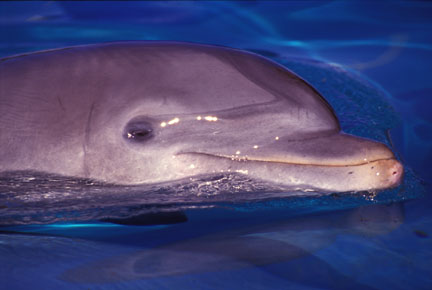