Seaweed, that is! Wow was there lots of seaweed today … all over the inner lagoon between Anthony’s Key and Bailey’s Key as well as in and around the dolphin lagoon.

The morning session offered excellent underwater visibility and the seas and wind had calmed down significantly since yesterday. Added to this was a group of dolphins being very social with each other! In the cover photo, you can see Lenca and Stan greet me after getting in to begin my underwater observations! Rocky did a barrel-roll while swimming above Maury across the lagoon. And, Buzz dug out a rock or shell from the seabed and carried it around like a prize! There was also much chasing and breaching across the lagoon this morning.

The seaweed came in a number of varieties today and it was thick and got everywhere. You can see some of it managed to weave its way into Kathleen’s braids! Or, maybe the dolphins put it there?! Ron also suggested that maybe I was spending so much time in the sea that it was assuming me, like the crew of the Flying Dutchman in the “Pirates of the Caribbean” movie! 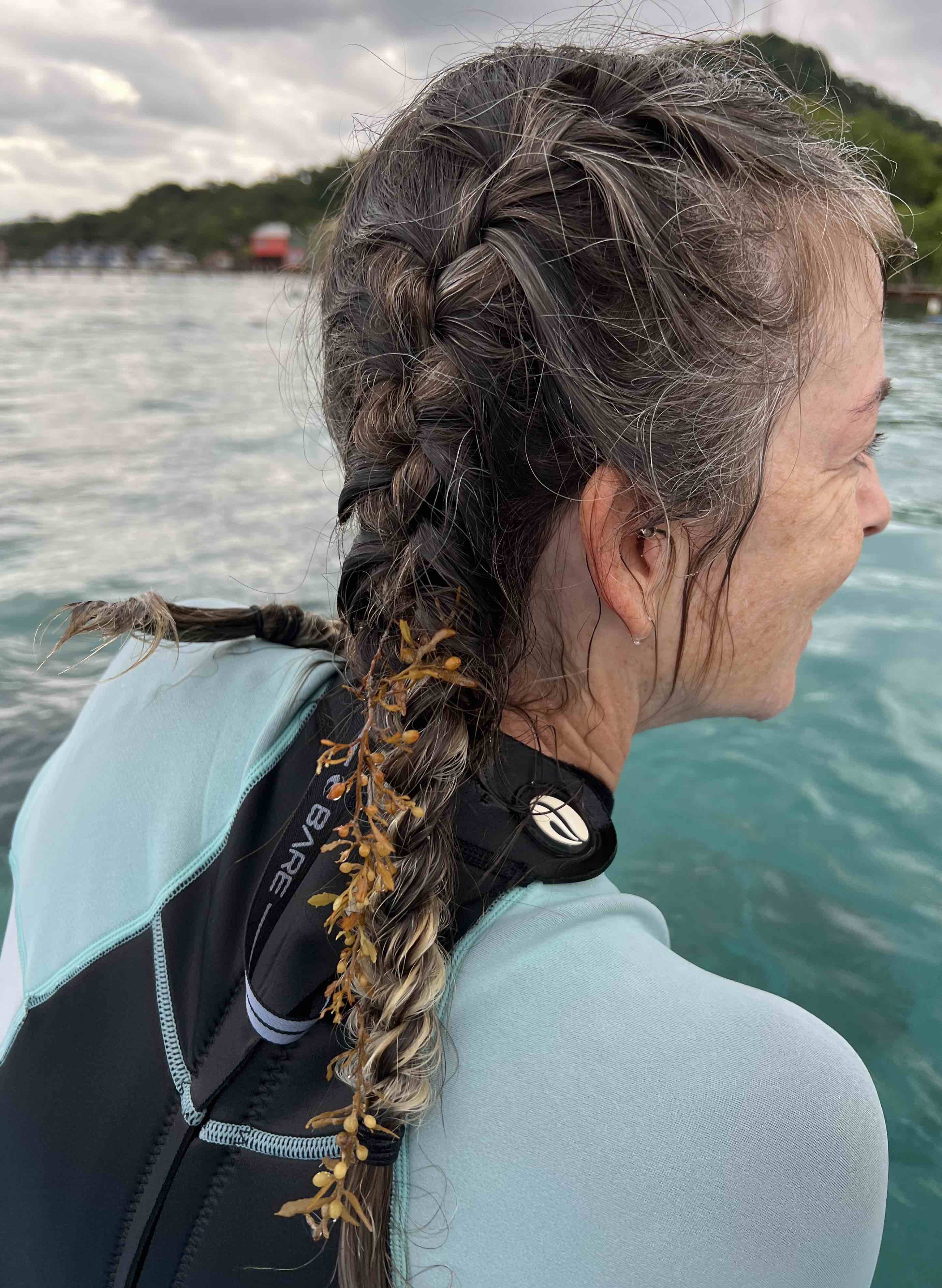 The trainers spent much time today removing the seaweed from the back pools and the net. Kathleen and Manon were able to help a bit … but Eldon created the largest piles on the floating platforms. The seaweed was then moved to the other side of Bailey’s Key.

We were able also to get an afternoon reading study session – Bailey got 7 of 9 symbols correct! Woohoo! We hope to be able to collect more reading symbol study data tomorrow with Bailey and Meredith.

The rest of the afternoon was spent reviewing panorama photos from our student groups and transferring footage between backup drives. We have been able to collect a very good amount of data … more later this week with the summary of our time here.

Tomorrow brings us our 18th underwater observations and video data collection. This has been the best way to start 2022!

P.S. the late afternoon saw the seaweed floating all around the lagoon between Anthony’s and Baileys keys … you can see it here as the boats went out for the night dives!