The morning was very quiet and I woke early to greet the day and watch the sun brighten the sky! I also watched an Egret get breakfast before we prepped for data collection. I was delighted by nearly zero current during our first observation this morning. Of course, I think some of the dolphins took every advantage of the clear water and no current because there were rough-and- 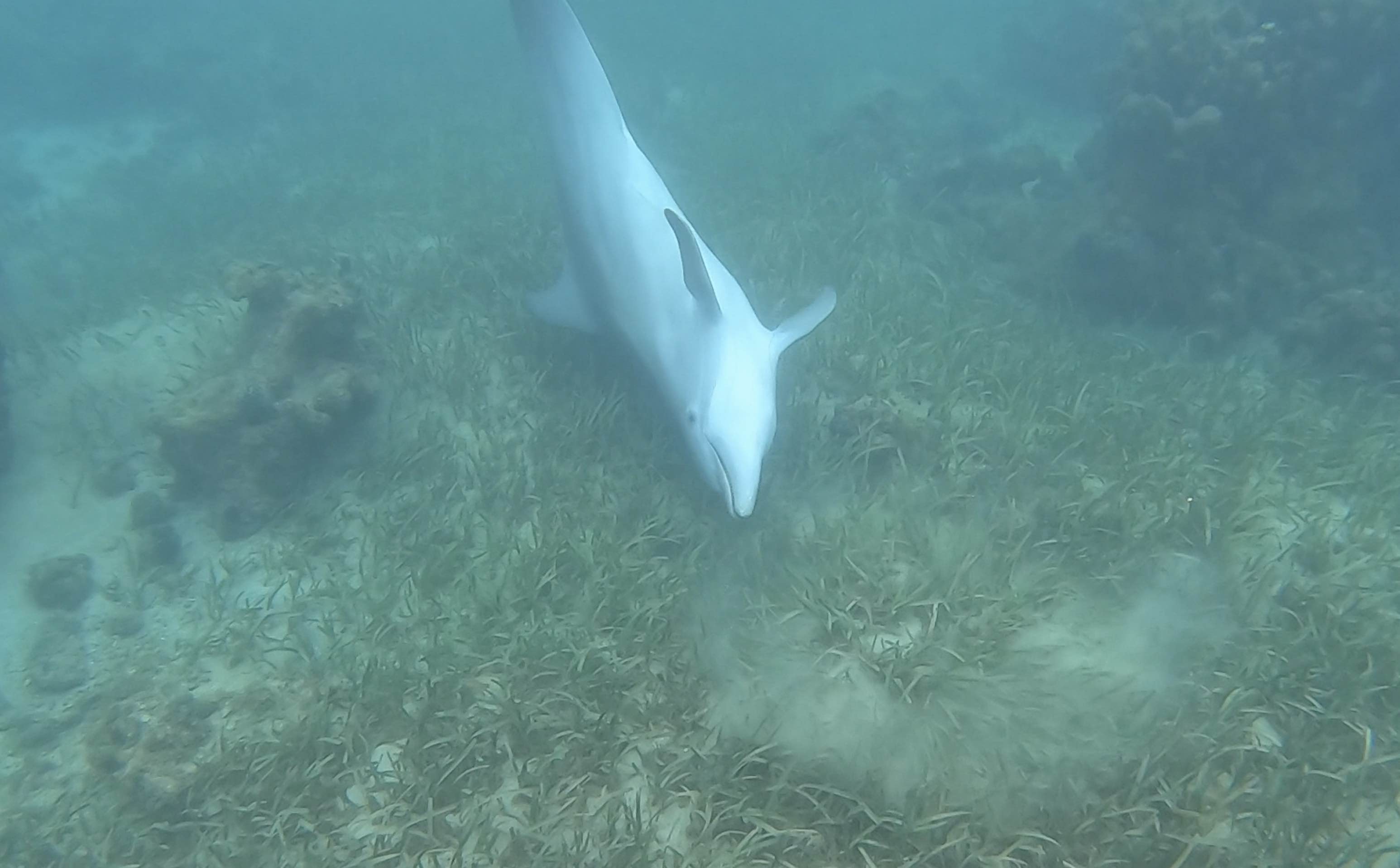 tumble social groups in several spots in the lagoon at the same time. Ron filled two slates this morning with his notes! Stan, Champ, and Tank alternated playing with each other and with my fins. Lenca spent much of the morning with Lenca, which was fine by me. I also watched Calli and Poli take turns with Rocky and Rona, the newest additions. Maury and Alita hovered nearby whenever their calves were with someone else. Tilly did more hunting today … I am not sure what she might have seen, nor the fish she might have stirred up but then neither were a few other dolphins as they checked out the coral head Tilly focused on … seemingly to no avail! (see photo)

The second session was a bit more “quiet” behaviorally because French, Champ, Lenca, and Stan were in the back area working on other training behaviors. It was pleasant to swim without someone pulling at my fins! And, I was pleased to be able to spend a bit of time observing Gracie, Ritchie and Ronnie … the latter two also spent a bit of time interested in Tilly. Sandy and Tank spent some time wrestling in the middle of the lagoon area while Poli alloparented Rocky and Bailey swam with Rona. The morning yielded more than an hour of video in two sessions. The visibility was so good that I know we’ll be able to log and confirm IDs of dolphins in the foreground and background of these videos!

The afternoon was punctuated by a heavy downpour that lasted about 30-40 minutes but was during lunch. It did not impede 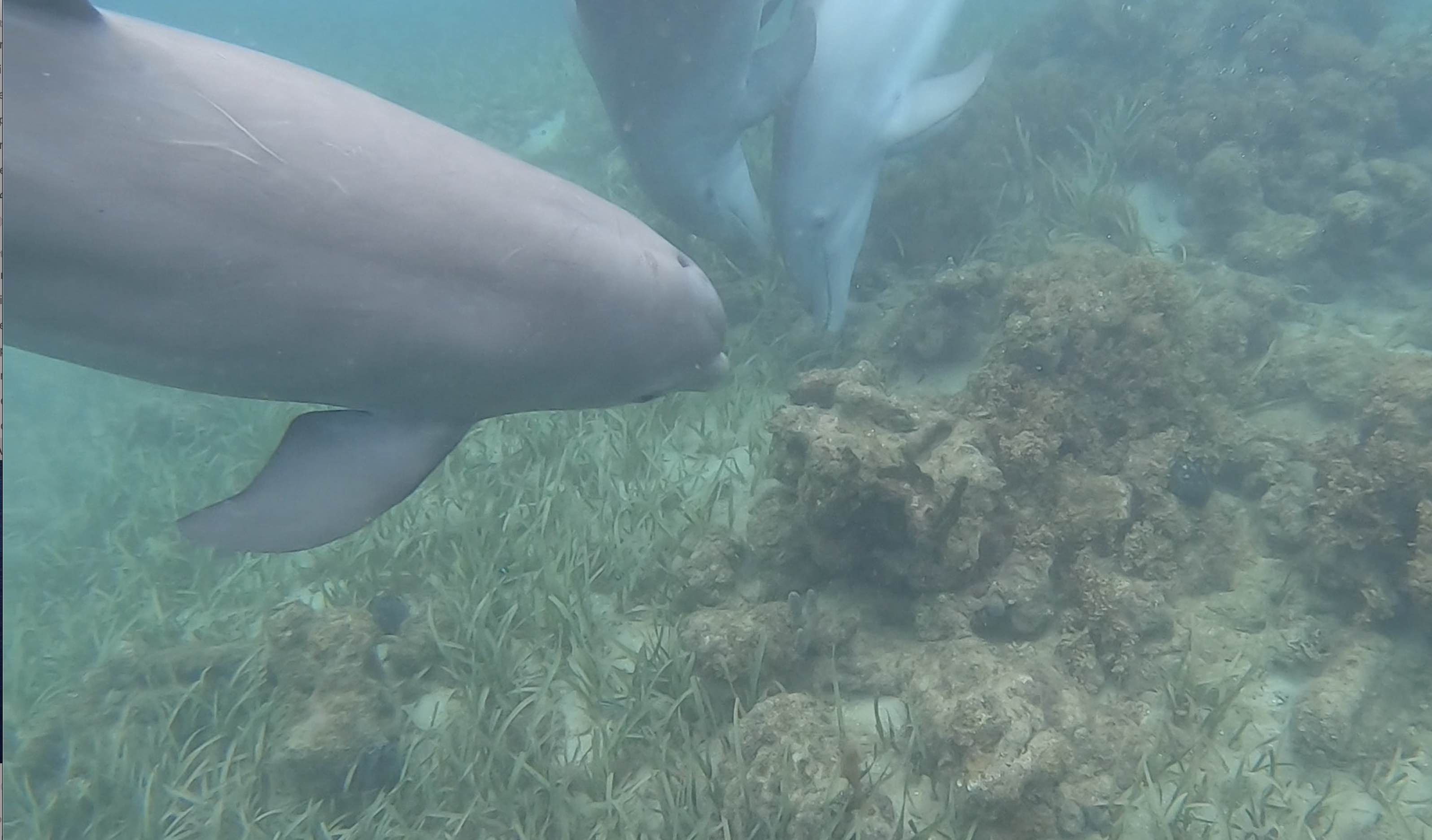 Ron’s afternoon dive. They went Gibson’s Bight and the rain did not impact the visibility poorly. Ron said they saw three seahorses, several eels and at the end of the dive a sea turtle made an appearance.

Our afternoon was spent reviewing the video and planning for tomorrow’s day … more of the same! Data collection and diving.

P.S. For all our previous student and eco-tour participants, we would be lacking if we did not mention the delicious meals! Tonight’s was vegetable sea bass … which meant the fish was baked with a covering of vegetables that gave a succulent flavor!