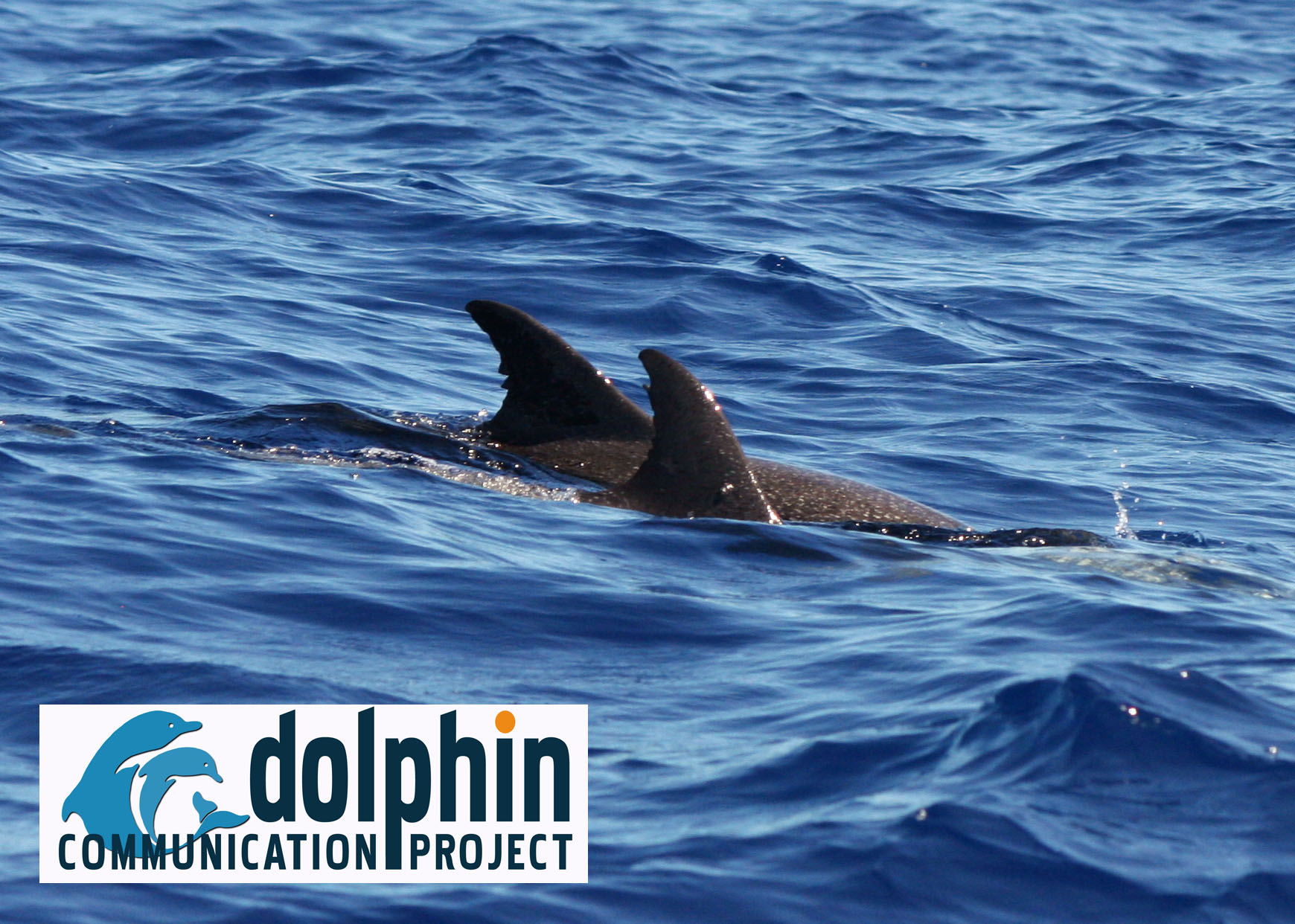 Saturday 4 May began with wrap-up from Friday and a break so we could go to the local straw market. Then, we had a guest lecture, via Skype, from Dr. Justin Gregg. Justin talked about intelligence and dolphins. We took away the main points that it is very hard to measure intelligence and it probably isn’t very accurate to place different species on an intelligence hierarchy.

After lunch, we prepared for our upcoming debate and then headed out on the boat. It was rough when we first headed out, but it became progressively calmer as the afternoon progressed. We did not have to wait long for dolphins at all – before we knew it, “Oh! There they are!” And, about two hours later, the dolphins were still there! At first we saw nine, but then very soon after, we confirmed ten. They were all Atlantic spotted dolphins; there was one very young calf and two older calves/young juveniles. The other members of the group were sub-adults and adults. We began the sighting in shallow water, but they were headed southwest and into deeper water. The dolphins were surfing the waves and some, including the calf, came to ride the boat’s bow. They were often in pairs, with synchronous breathing. The group was definitely on the move – we’re not sure where they were going, but they were on a mission. At one point, six of us got in the water, but the dolphins just cruised right past us. The sighting ended with one last water entry for our TA, in hopes of getting a little bit of underwater video, but the dolphins once again just swam right by. So, we decided to change directions in hopes of finding different dolphins.

But first, we stopped at Turtle Rocks to have a nice little dip. The break gave us a chance to also see some fish life – and lots of walnut jellies! We also saw a southern stingray, barracuda and jacks, but no big schools of fish. After our break we saved several future turtles, by collecting stray Mickey Mouse balloons from the sea, as we continued north in search of dolphins. Our search came up empty, but the seas had really calmed down and the water was very clear – so we would have seen them if they were around. But, it was still a nice day on the water!

We headed back, had a delicious spaghetti supper, finished our photo-ID lecture and practical and stayed up way too late working on our debate for the next day!