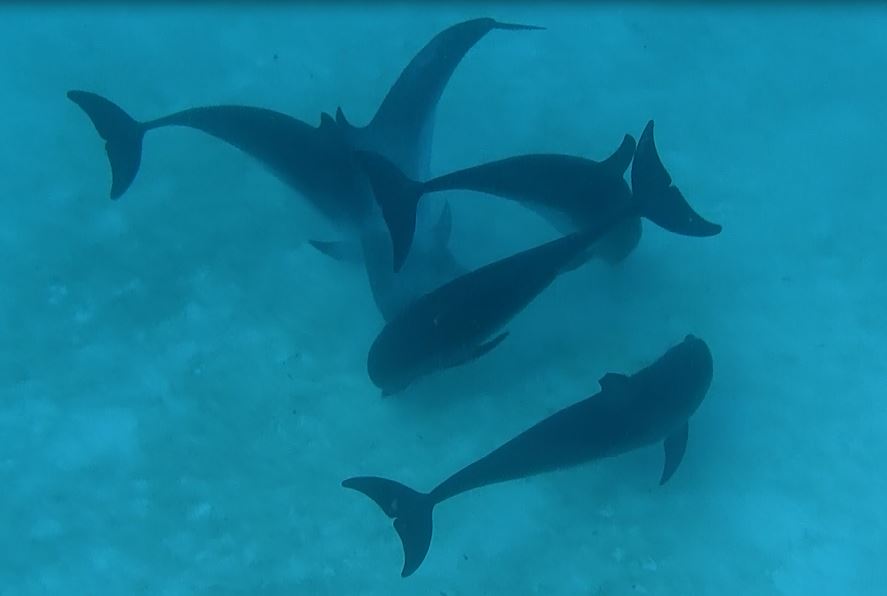 On Wednesday, I was finally able to get back on the water. A major squall was threatening to the south, but as the guests enjoyed their snorkel at “3 Sisters,” we watched as it just fell apart, leaving only sunny skies in its wake. So, with optimism, we headed into “the dolphin grounds…”

In the midst of our chatting, the dolphins appeared, seemingly out of nowhere! At first it was just one, then two, then three…until there were five young dolphins, with no adults in site. We didn’t have to wait long before the captain said it was time to give a swim a chance! Once we were in the water, we could see that all five Atlantic spotted dolphins were indeed juveniles. And although they had likely been independent from their mothers for some time, they seemed to be enjoying their freedom from watchful adult eyes. They were busy searching for fish buried in the sand – and playing with them before they ate them! It was a blast to observe and everyone enjoyed it when the dolphins came closer to check us out. For DCP, this might mean several new additions to our photo-ID catalog!